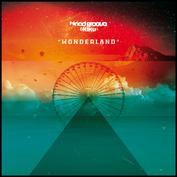 The extensive and vivid musical palette of Blood Groove and Kikis is fully revealed on "Wonderland," their thrilling debut artist album. Over the last few years...

The extensive and vivid musical palette of Blood Groove and Kikis is fully revealed on "Wonderland," their thrilling debut artist album. Over the last few years, the acclaimed Latvian duo have received global recognition for their work -- ranging from peak-hour progressive trance to deep house -- from the industry's leading producers and DJ's. You can now typically hear their latest tracks on the world's leading radio programs. In spite of this success, they continue to write visionary tracks, refusing to compromise their intelligent, deeply emotive, and exceedingly "musical" brand of electronica. The listener needs to look no further than the album's opener, "Communication," to appreciate the broad range of sounds and genres that Blood Groove and Kikis continue to infuse into their work. The downtempo, world-music-inspired "Communication" intensely crescendoes, but never fully resolves, as if to fairly suggest that the "catharsis" is still to come. The second track in the album, "Velvet," is an homage to the "classic" melodic progressive house sound, for which Silk is most known. Blood Groove and Kikis offer their own stamp on this style, with additional lead layers and numerous side melodies. The lead chords of "Sweet Harmony" and "Chordplay" are rapturous; these cuts are followed by one of the album's standout tracks, "Sunlight," which perhaps best exemplifies the uplifting spirit of Blood Groove and Kikis's work. The album pivots slightly on "Raindrops," which showcases the duo's deeper side, on which they have also built an international reputation. A sexy, late-night groove and funky guitar riff make this cut especially memorable. The title cut, "Wonderland," is presented next, featuring an almost overwhelmingly soulful and moving vocal by Richard J Aarden. The album's first single, "Free Like A Bird," is next in line, featuring first-time Silk contributor Victoria Ray; her heavenly voice perfectly suits the floating-on-air quality of Blood Groove and Kikis's instrumental. The final quarter of the album features more exciting collaborations. Indonesian phenom LTN joins forces with Blood Groove and Kikis on "Both," which is also the subject of our most recent remix contest. Another renowned artist, Matt Fax, provides support on "Departure," the album's penultimate track. Both of these collaborations showcase the duo's more trance-influenced side and feature powerful lead themes, coupled with dancefloor-friendly grooves. Last but not least, Richard J Aarden makes his second vocal contribution on the ebullient "Afloat." The title alone is perhaps the most accurate one-word description of the listener's mood throughout the "Wonderland" journey. The album, as a whole, is a remarkable artistic achievement by Blood Groove and Kikis, master manipulators of mood and melody.